A while ago, I wrote a post/rant about Aebersold pushing the Superscope Elevation software. Enough said about that. But I get these mailings from jazz books.com about sales, and they are still pushing these Superscope CD things that are like $999. Insane.

It makes me wonder WHY Jazzbooks/Aebersold has not embraced the digital age yet. The writing has been on the wall for about 2 years now that print media is a dying business. As is the making of CDs. Aebersold is running the risk of becoming like Kodak.

So, how to change this? Here is what I would propose if I was in charge. First, offer digital versions of the catalog. The play-alongs, put them in Amazon and iTunes for $.99. When someone buys the them that way, they also get the lead sheet in C/Eb/Bb/Bass clef. Would I put them out as tomes like they are now? No. What I would do is fully embrace technology and develop an App that would allow purchases of new songs within it. So, if someone ends up buying 100 songs that Aebersold produces, then they will be within the app, easily searchable, indexed, etc. You could just display the Eb versions, or whatever. And allow annotations of the lead sheets (i.e. let people mark up the sheets if they want).

So, the base App would be free and include maybe a couple of freebee tracks to entice people. Then in-App purchases would be $.99 for a new song complete with Eb/Bb/C/Bass lead sheet.

Ok, that takes care of the legacy Play-Alongs, but what about all the books that they publish. I’m not sure how they would do as EPUBs like in the iBook store. They might do better as a Textbook created with iAuthor. I would think that most of these could be make into PDFs fairly easily. Regardless, they need to be digital. PDF would be great, EPUB if possible, or maybe even an App for each book (like Greg Fishman’s stuff). Though, I would think that if they went the App per book route, they could use the engine that the play-alongs use. Then everything would be all together and you don’t end up with 30 apps for everything.

I don’t know if Aebersold is planning this sort of thing, but they need to. All these sales emails has me concerned, and it just makes more sense. With the iPad continuing to be a huge hit……who wants to carry around huge books or Superscope devices when an iPad can all that and more….

So I get the Jamey Aebersold jazzbooks emails. In their latest “Economic Stimulus Sale!” one, at the bottom something got my interest. Elevation Software play-along offer. Hmm…sounded interesting. So I decided to go to the site, www.superscopetechnologies.com and check it out. Downloaded the demo for Mac…..and then the disappointment happened.

$149 for this piece of crap? That is all I can really think of after using the demo. Let me list the disappointment for you shall I?

1. Drag and Drop works….but not for AAC (m4a files) formatted files. So, anything that you get off of iTunes or perhaps have already ripped into AAC format (which is BETTER than mp3) won’t work with the program.
2. The IMPORT dialogue box is NOT mac like at all. I dunno where they got it, but it looks like a Linux box. So, I don’t have access to my sidebar favorites, nor can I use my Default Folder program to navigate to my files.
3. The program crashes like it is in a demolition derby. I mean, I maybe got it to work twice correctly. And I’m still on 10.6.8.

So, why would I spend this much money when programs like The Amazing Slowdowner, or Transcribe! can do what this program does at half the price. And they don’t CRASH! And support AAC files. 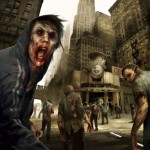 People, avoid this software at all costs. AT ALL COSTS. DO NOT GET IT. STAY AWAY. Imagine it is Zombie-fied and going to eat your brains if you download it.

On a side note, I kind of wish Jamey Aebersold would release his play-alongs in a APP format that includes the books and a way to slowdown/speed up, record, and put the songs in other keys. I think Aebersold is missing and/or has missed the boat in this. Instead of selling physical CDs and books, embrace technology. Make an iPad app that has say volume 1, with the tunes, with a metronome. That perhaps you can drop out the piano and bass or whatever. That you can change the pitch and speed of. That sells for the same price in the App store. You’d sell more, and you would ditch the printing and cd costs. The 30% or something Apple would take is easily less than what it actually costs to make the books, cds, and do the packaging.