There is a LOT of new things in this amazing program. If you do music, you NEED this program.

Can’t wait until the Macintosh version comes out….

Check out the video.

Not sure when SaxophoneCommunity.com launched, but it was recent. And now it’s ending due to lack of funds. Go figure. In fact, in the email sent out to it’s members, they only ever made $30 in donations from 2010 to 2014. That is sad.

I think what really killed it was lack of good content. What I have seen over there were shoddy “transcriptions” or “arrangements” songs. And they were peddling subscriptions at $50 a year for them? Say what? You could get a better transcription of mostly the same songs (or better songs) here for nothing.

As probably the longest running saxophone site on the net (check archive.org, we were up and running way back in May of 1999….that sax on the something didn’t start until November of 2001), it’s really hard to make money running a site unless you are putting out lessons and/or other high quality material(s) like Steve Neff and Bob Reyonlds. Producing that stuff takes a LOT OF TIME, especially all those books Steve Neff does. Hours and hours of tedious work. I have a tough time trying to get a sheet of the week out, but these doods do videos and books?!? Where does one have time for this?

It was a good idea, saxophonecommunity, but it was trying to be an upscale Sax on the something site. Not sure why we needed another one of those.

Seems Ravi had three of them. This one was the one used on A Love Supreme.

Today, the museum kicked off its 13th annual Jazz Appreciation Month by celebrating A Love Supreme’s 50th anniversary. And in honor of the occasion, Ravi Coltrane, himself an accomplished contemporary jazz musician, donated one of his father’s three principal saxophones—a Mark VI tenor crafted by Henri Selmer Paris, a manufacturer of high-quality brass and woodwind instruments. The saxophone was made in 1965, the same year in which the recording of A Love Supreme was issued. “Every time I open the case to look at the saxophone,” said John Edward Hasse, curator of American music, who presided over its donation ceremony, “I get goosebumps. John…Coltrane’s….saxophone.”

Sorry, site has issues. The little server that was running it developed fatal memory errors…..so…….

Anyhow, we are up on an old MacBook from 2007 running Ubuntu 14.04 I believe. Seems to be running pretty well now.

Would still like to see if someone wants to donate like an old Core 2 Duo or faster machine that can support over 2 gigs of memory for running the site. 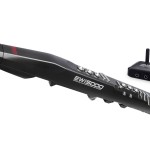 For the Winter 2014 NAMM show, Akai has announced a new EWI.

EWI 5000 comes loaded with more than 3GB of top-quality sounds, including traditional horn, brass, woodwind, and string sounds, plus progressive synths, leads, and other non-traditional sounds. EWI 5000 includes 12 touch-sensitive metal keys on its top and an eight-wheel thumb- controlled octave roller on the bottom. An EVI (Electronic Valve Instrument) Mode is included for brass players, and EWI 5000 also includes eight control knobs for tweaking Filter, Reverb, Chorus, LFO, Breath Amount, Bite Amount, Semitone Tuning, and Fine Tuning. Both USB MIDI and 5-pin MIDI are onboard for controlling software synths or traditional MIDI modules. A 1/4- inch output to connect to an amplifier or PA and an 1/8-inch headphone output for silent practice are included. EWI 5000 charges via USB or wall power and also includes a USB cable, wall adapter, wireless receiver, and a neck strap.

So, basically, an Akai 4000s with USB, a built in rechargeable battery, and some sounds.

We had some downtime yesterday, due to me upgrading the Ubuntu server software to the latest version. Of course the latest version also included the latest Apache Webserver, which of course, changed some of the server configuration commands. It took me a while to get it working.

Someday I’d love to move everything to a hosted setup, but……

Also updated the WordPress software and changed the theme. Whoohoo!

A case study presented at the annual meeting of the American College of Allergy, Asthma and Immunology shows that it’s possible to develop allergic pulmonary disease, known as “Saxophone Lung,” in response to the mold that collects over time in woodwind instruments. Saxophone Lung is really a type of hypersensitivity pneumonitis, which is the inflammation of the lung tissue, according to the Mayo Clinic.

So, clean your horns out every now and then guys!

When I did my “going all digital” thing in the effort to make all my books and music digital, I had to make some decisions. The biggest one was books. To scan the books, I had to basically destroy them by cutting the binding and in some cases having to cut them to make them fit into the scanner.

Do I regret doing that? No, not really. I hate paper clutter. But now, there is a great way to actually scan books without destroying them. 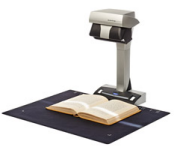 The Fujitsu ScanSnap SV600 looks pretty damn cool, and is affordable. Looks like a pretty sweet thing for maybe schools, or even bands with big libraries to use to keep an archive copy of stuff.

So, you have all seen these “Enter to win a free” whatever contests right? About 6 years ago, I won a contest. Pretty cool huh? So since then, I’ve been entering contests. I sadly haven’t won like the Sweetwater Mic contest, nor any of those contests where you get a Presonus Studio Live (totally want one of those, or a Mackie 1640 Onyx).

But I did win another contest.

This contest I got a bunch of software gear, most of which is useful to me. Here is the booty:

The MOJO Horn section is actually pretty awesome. Already using it with Finale to do mockups of scores I’m working on. The Electri6ity thing is amazing as well. Sounds like a real guitar. Playing EWI through it is pretty sweet. I haven’t quite finished downloading all the other stuff (there is like 120 gigs of stuff to download…..though I thought I got a hard drive with the stuff….oh well). I haven’t really been too into the loop thing, but I was thinking about doing stuff sorta like a cross between Brecker Brothers and Big Gigantic, or doing stuff in that vein for students and myself to practice with. Should be interesting.

Moral of this story…….enter those contests (as long as its from a place you have heard of, like a big company, magazine, etc). You just might win something.

Recently, this site has become unstable. It is due to a TON of spammers trying to login in as admin, or flooding user registrations with fake ids in the hopes to be able to post spam ads as comments or activity stream items. As a result, the MySQL database keeps crashing due to too many Apache2 processes.
So, I’m instituting a very draconian new security thing. IP Blocking. If you screw up the login too many times, or continue to try to log in as admin or some other account in which you don’t have the password, your IP address is going to be block. Forever. Period. Unless you send an email to me explaining that you are some sort of Noob, drunk off your ass and couldn’t remember your password, or something plausible in your defense.
Unless someone wants to donate or fund a beefier server, that is the way it is. Hopefully the site won’t crash and things will be faster. (for example, I installed the new security plugin and it’s already blocked one person from China. It’s been like 4 minutes since installing it…..amazing).
UPDATE: I also removed the BuddyPress and BBForums stuff. No one was really using either, and they were sucking resources away from the site. I’ve always wanted a lively discussion forum happening here, but that seems not to be. Oh well.
It’s also interesting that most of the flood of IP addresses is out of pretty much ONE area of China…..go figure….

I received an email today saying that the great Frank Sumares, or as most people called him “Uncle Frank” or “Uncafunk” died of Cancer today.

He was suddenly diagnosed with stage 4 cancer a very short time ago, like less than two weeks. The doctors were saying that he had 6-8 months, then revised it to 2-3 months, and now…..he’s gone.

I remember Frank when I would play in the Chabot Jazz band. He would have his signature dark glasses on and just come in and kick some musical ass. One of the best directors I’ve ever had. Great guy. Rest in Peace man.

Concord Music Group is very pleased to announce that a definitive agreement has been reached with Wood Creek Capital Management LLC to purchase Concord from Village Roadshow Entertainment Group. The acquisition is being made on behalf of funds which Wood Creek advises, and an individual investor group that includes members of Concord’s senior management and industry veterans Steve Smith and Scott Pascucci. The transaction is expected to close within a few days.

Didn’t even know there was a deal in the works. I guess it is good news?

One of the things I use A LOT on the internet is Google Reader. It is a way easy way to get feeds from a ton of sites in one place where you can view them all, and if you are interested click on them and go to the site and read more. I spend at least 30 minutes each morning going through my feeds and reading things I find interesting. Google Reader fetches all these and keeps them insync for me, so if I happen to use Reeder iOS app to read some of the NYT Arts articles, later when I am on the computer, it won’t show me those again. It has been a huge thing for me for a while now. Now Google is killing it off.

The internet was in an uproar about it. I was too. Damn Google.

Alternatives? So far I think NewsBlur is the top for me. I already paid for a year ($24). I also bought Fever, but for some reason it won’t import my exported Google Reader data. Fever sounds really great, and it would be my own private store of feeds, and I could use my favorite Apps (Reeder) to view the feeds. Hopefully my email to the creator of Fever gets a response.

Musicians for the San Francisco Symphony went on strike today after eight months of fruitless talks with management centered on wage and benefit issues. The immediate impact: The symphony announced a concert scheduled for 2 p.m. Thursday has been canceled.

I’m sorry, but when the AVERAGE salary is $165K a year, I have NO SYMPATHY for these guys. The rest of us musicians maybe make $60K a year before taxes, and since Obama and the recession, I think a $40K is more realistic.